So with the season creeping now getting ever closer, lets have a look and see what we have done in the “off season” in preparation for 2019.

After using a hire car last year on a arrive and drive basis with NHA Motorsport, we decided to purchase the ex-Oliver Robinson machine for the 2019 campaign. This was an easy decision as the car had been looked after by NHA for the last 2 seasons and we intend to keep it this way for 2019.

Once the car was purchased although known to the boys at NHA it needed “de-Olivering”, so sponsor decals removed and car polished in a very bright white base colour.

Meanwhile the hunt for sponsors continued, and we are pleased to announce that EuroCustom Wrapping have joined us for 2019 and have taken our little white Mazda and made into something quite special. Although we did not go for a full wrap, a very racy design was developed and they are now adding sponsors decals.

Other partners have now joined the team and while our search still continues, we are pleased to welcome old and new for this season and thank them for their help without which the season would not be possible.

New season, new helmet design? It seems to work well at other levels so why not? We made contact with a charming guy called Andy of Hanger 10 Airbrush studios, where over a cup of coffee we chatted design, influences, heroes etc and came up with a take on the great, late Ayrton Senna helmet design as he is my ultimate hero. Andy replicated the Senna design and added a Patina to give it that old look. To add our twist, he very cleverly broke the pattern into a Union Jack. Very pleased and feel sure that this will be worth a couple of tenths in lap times 😉

A trip to the Autosport show in January, damaged the finances a bit, but some great deals done and hopefully some nice new bits for the car and driver! Nice to see fellow competitors and other enthusiasts in a different environment, with some informal chat and banter. Good to see some of my old Rallycross contacts and of course one or two MSA stewards out of the office!

First time out in the new car was at Brands Hatch on the 20th January supported by NHA. Up at the crack of dawn, we arrived at a very cold but dry and sunny day with eager anticipation.

With the car fully prepped by the boys at NHA, we were confident of no issues and the car ran on song all day long. This was officially a track day, so no timing allowed, the day was more about seat time for me, particularly as we had fitted a newly purchased Sprint FIA Corbeau number from their stand at the show!

MX5 Testing on the racetrack

New car, new helmet and sunshine. Bring it on!

Track was a little busy as it was on open track day, so once the briefing was over, we were free to let rip! Straight away the car felt comfortable and even on old practice tyres the handling and speed seemed good.

Of course, with it being a track day, timing was not allowed so I could not tell you that we were happy with laps consistently around low 59 seconds.

Happy with this test, we booked again for an open track day in February, when once again we were met with sunshine and warmth!

For this day the very competent MX5 pilot John Langridge joined and very bravely sat in the passenger seat as well as driving me round for few laps offering some very useful advise.

We were also running the new Avon tyres, so good to get some feel and info on the new 2019 rubber. The day ended in the session with us in the gravel at Paddock Hill bend, but no damage was done and with the assistance  of the MSV staff we were soon out and safely back in the pits. Sorry about that John L Once the car was loaded and we got home, I looked at some of the in-car footage which showed a Caterham in front of us dropping fluid on the circuit which I assumed was the reason for our trip to the beach! John looked at this too and pointed out that we happened to be travelling 12mph faster at the apex and he suggested that may have been the issue? I’m still blaming the Caterham!

So, straight from Brands, the car was delivered to Euro Custom at Romford and collected yesterday. Race/Team wear is being produced by AP Sports which should help us stand out in the paddock and the car is back in the workshop at NHA being prepped for Round 1 at Brands Hatch 23/24th March. Can’t wait. 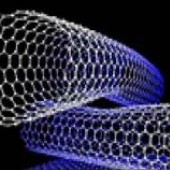 A sharp introduction in to the BRSCC Mazda MX5 Championship